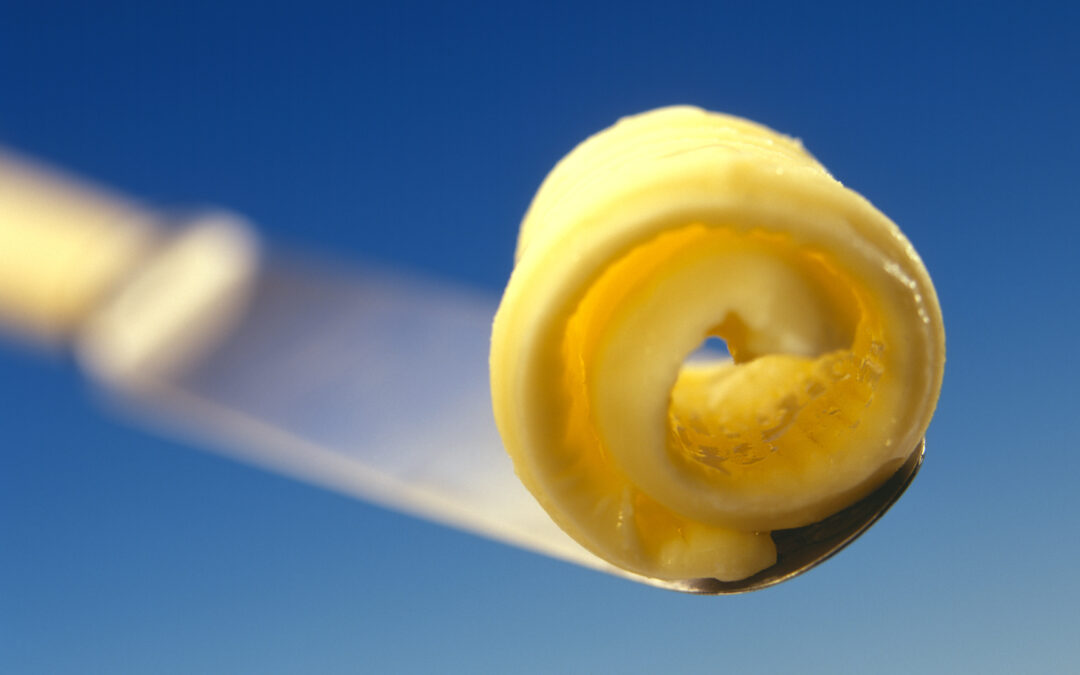 Are you feeling confused about saturated fat and dietary cholesterol? Are you, like me, hearing a lot of conflicting news about the healthfulness or harm of animal fat?

We know that cardiovascular disease is the number one cause of death here in the US and worldwide. We know that in the US, a person has a heart attack every 40 seconds!

The 2015 US Dietary Guidelines warn to decrease saturated fat (to no more than 10% of calories) and dietary cholesterol (to 100-300mg/day; with an egg having 213 mg), and the American Heart Association as well as the American College of Cardiology all warn about the danger of saturated fat and dietary cholesterol as significant risk factors for our #1 killer. However, high fat diets, like the very popular, and Hollywood chic, keto diet (as well as the Atkins and Paleo before it), are getting a lot of positive press, as if the concerns are completely without merit. How can this be?

Unfortunately, we live in a world dominated by very large, wealthy corporations; The meat, dairy and egg industries, as well as others (confectionary and soft drinks), have a great deal of power, even over researchers. Unscrupulous scientists can be hired to design studies favorable to the industry. This is not unlike the tobacco industry dilemma years ago. A tobacco industry insider memo said, “Doubt is our product.” They didn’t need to prove that cigarettes were healthy (or bacon or butter); They just need to sow confusion among consumers. Most of us then just throw up our hands and decide that we’ll do (or eat) what we want!

Genetics, however, determines what your actual cholesterol level will be. So, given the same diet, two people can have very different LDL cholesterol levels: one might be 90 and the other 120. If they each reduce their saturated fat by eating 5 less chicken nuggets for example, the one with 90 may go down to 85 and the one with 120, down to 115, but they will both decrease by the same number of points, but still be very different. Industry paid researchers are well aware of this, easily using it to their advantage. They design studies that are observational. If you look at everyone across a particular population, you will not be able to find a statistical correlation between saturated fat intake and cholesterol levels, because of the individual variation. And if you pool all of those cross sectional or observational studies together into a meta-analysis, you form the basis of the “Butter is Back” Time Magazine article.

There have been 100’s of controlled feeding studies that prove the very real relationship between saturated fat intake and cholesterol levels, but perhaps only Finland paid attention.

They actually lowered saturated fat in the entire populations’ diet by 75% and reduced heart disease mortality by 80%. This was following a controlled feeding study they performed on patients in a mental hospital.

I’d like to give you just a couple more study designs to help you develop a healthy skepticism when you hear about the healthfulness of meat, eggs and dairy: One study was designed to show that added red meat could actually lower your blood cholesterol. This was the BOLD study which stands for Beef in an Optimum Lean Diet. Researchers were able to add red meat to a study group and saw LDL cholesterol drop from 133-125. Not lifesaving change, but a decrease and good enough for the press release. How did they do it? They added so much pork, eggs, cheese and chicken to the control group that the saturated fat was actually lower in the added beef group! Chicken actually has more saturated fat than beef. The beef eating group was at 6 grams, while the control group was eating 12 grams of saturated fat.

Here’s another, funded by the Dairy Industry. Three groups of folks on different diets are being compared: one on high meat, one on high cheese and one high carbohydrates. They want to show no difference in the change in cholesterol among the three groups. Remember, they are peddling doubt. Just show that cheese is not worse than meat or carbohydrates, the addiction to dairy will do the rest. You know now that all they needed to do was keep the saturated fat levels the same in all three groups. How could the high carbohydrate, vegan, diet have so much saturated fat? They added coconut oil and cookies to the high carb group. And as predicted, got the results the Dairy industry wanted.

I can personally attest to the effects of coconut oil on my own LDL-cholesterol. When I started roasting my vegetables in coconut oil my LDL’s increased to 120, and when I learned to roast my vegetables on parchment paper, without oil, my LDL’s dropped to 60!

The Egg Board is notorious for spreading misinformation about their product. Did you know that they are not, by law, allowed to say that eggs are safe or nutritious? They have too much salmonella contamination to be safe and too much cholesterol to be nutritious. Still, the scientists they hire are able to design very misleading studies. We know that after you eat eggs, there is a spike in your cholesterol level after about 1 hour and it slowly returns to your baseline after about 7 hours. We “live” in a post prandial state, eating about every 4 hours, except for when we sleep. So, the Egg Board designed a study where cholesterol was only measured first thing in the morning, after a night’s fast. That’s just one of the ways they were able to demonstrate that eggs do not raise cholesterol levels.

What about Tofu vs Beef? How about stuffing the tofu with lard? It was done in one study. Do you think the popular press looks that closely at these studies? I don’t think so. As is so often said, people love to hear good news about their bad habits.

What if I told you now that saturated fat and cholesterol may not be the only drivers of cardiovascular disease? There have been studies that seemed to show that a lower fat diet was actually worse for heart disease; what’s going on there? Well, the amount of animal protein ingested in those studies was higher. People ate less chicken, but added more low fat dairy, for example, and heart disease rates increased.

Is this possible? Does animal protein fuels cardiovascular disease? Yes!

Animal protein is rich in two amino acids, Carnitine and Choline (also known as lecithin). These amino acids get broken down by the gut bacteria of meat eaters to trimethylamine. This gets oxidized by the liver to TMAO (trimethylamine-N-oxide). TMAO is atherogenic, it accelerates plaque formation in blood vessels. Higher levels of TMAO are associated with heart attacks, strokes and death. Vegans don’t make TMAO as they have different gut bacteria. The carnitine and choline from plant protein do not have the same effect.

Please, consider the science before falling prey to the manipulative tactics of these industries. Forget the hype, and listen to your hearts, as one stops beating every 40 seconds.

This site uses Akismet to reduce spam. Learn how your comment data is processed.