Hello, all you wonderful plant eaters and soon to be plant-eaters! Welcome to A New View of Food. Following is the story of my journey to a fully plant based lifestyle.

I was raised in New Jersey in the 1960s, and my mom did not like to cook. Not everyone can relate; some of you were probably lucky enough to have been given real food to eat, but I was eating processed, high fat, high sugar food throughout the day. Eggs, with American Cheese, Spam, Pop Tarts, tuna fish and other cold cut meat sandwiches, and meat or fish with canned vegetables for supper. As a child, a dinner out was fried chicken, or Chinese spareribs, or hamburgers and fries. In high school, my father would pick me up after a volunteered at our hospital and take me to Burger King for a Whopper with cheese. I don’t recall ever having a salad (which is so sad to consider). We had margarine, Cool Whip, Cheeze Whiz, Pringles … so much hyper processd food.

Not surprisingly, my mother had type 2 diabetes for my entire life. In fact, when I think of it, she also had fibroids and heavy bleeding that necessitated a hysterectomy when she was just 40 (a year after my birth), and she was diagnosed with type 2 diabetes a couple of years later. She was always miserable, physically and emotionally, because of that disease. One of my strongest childhood memories is of her boiling her insulin syringes and needles on the stove. That is the smell I remember coming most often from our kitchen; acrid and sad. She often needed three shots of insulin a day and she was never in good control of her blood glucose. Hypoglycemic attacks (very low blood sugar) happened often and left her frightened and afraid to go out. After about ten years of this disease, she was diagnosed with a glioblastoma, a deadly brain tumor, and died at the age of 54. I’m 62 years old now and it’s hard to believe how very young she was, and how sick.

SO IT WAS BECAUSE OF MY MOTHER THAT I BECAME A PHYSICIAN.

I am a Board Certified Obstetrician/Gynecologist. As a teen, out of compassion for animals, I was vegetarian, but I was clueless about the cruelty of the dairy industry, and about the health risks of dairy, and so I relied heavily on yogurt and cheese during those 9 years. My father also succumbed to diseases related to diet: he developed prostate cancer and after radiation treatment for that, multiple myeloma (a type of bone marrow lymphoma). He lived to be 86 perhaps, in part, because, unlike my mother, he always stayed fit, exercised daily, and ate better. When I really think about it, he definitely ate more fruit, more whole grains, and nuts on a regular basis.

I learned about veganism and plant-based nutrition initially from a patient. I credit her with first opening my eyes to a vast body of knowledge that changed my life and has enabled me to help others change their lives, as well. She told me about two websites: Farm Sanctuary and NutritionFacts.org. I remember watching Steve-O narrate a Farm Sanctuary video, I watched one of Dr. Michael Greger’s full length end of year videos, and it all just clicked for me. I only wish I had known sooner how to save my mother from so much suffering.

AS I AM ACADEMICALLY MINDED, I DIDN’T JUST WANT A LITTLE KNOWLEDGE; I WANTED A LOT!

So I started attending continuing education courses presented by Neal Barnard, MD and The Physicians Committee for Responsible Medicine, and the International Plant Based Nutrition Healthcare Conferences put on by The Plantrician Project. I took the online Plant Based Nutrition certificate course by T. Colin Campbell, PhD, offered through eCornell (and I highly recommend this course to anyone, medical professional or lay person). I needed to learn how to cook whole plant foods without salt, sugar, or oil, so I took the online Forks Over Knives 3-month cooking course.

It was then that I realized I needed more time with patients to adequately guide them through this transition from eating the typical American diet, including its high saturated fat, salt, and meat-centered ethnic variations, to a more whole plant food way of eating. I still enjoy a part time medical practice but using a very different model than what private practice and large groups allow (no more 15-minute appointments for my patients, thank goodness).

AND SO I BECAME A COACH.

I went to the Main Street Vegan Academy first to be certified as a Vegan Lifestyle Coach and Educator, and then to Health Coach Institute for certification as a Health Coach. 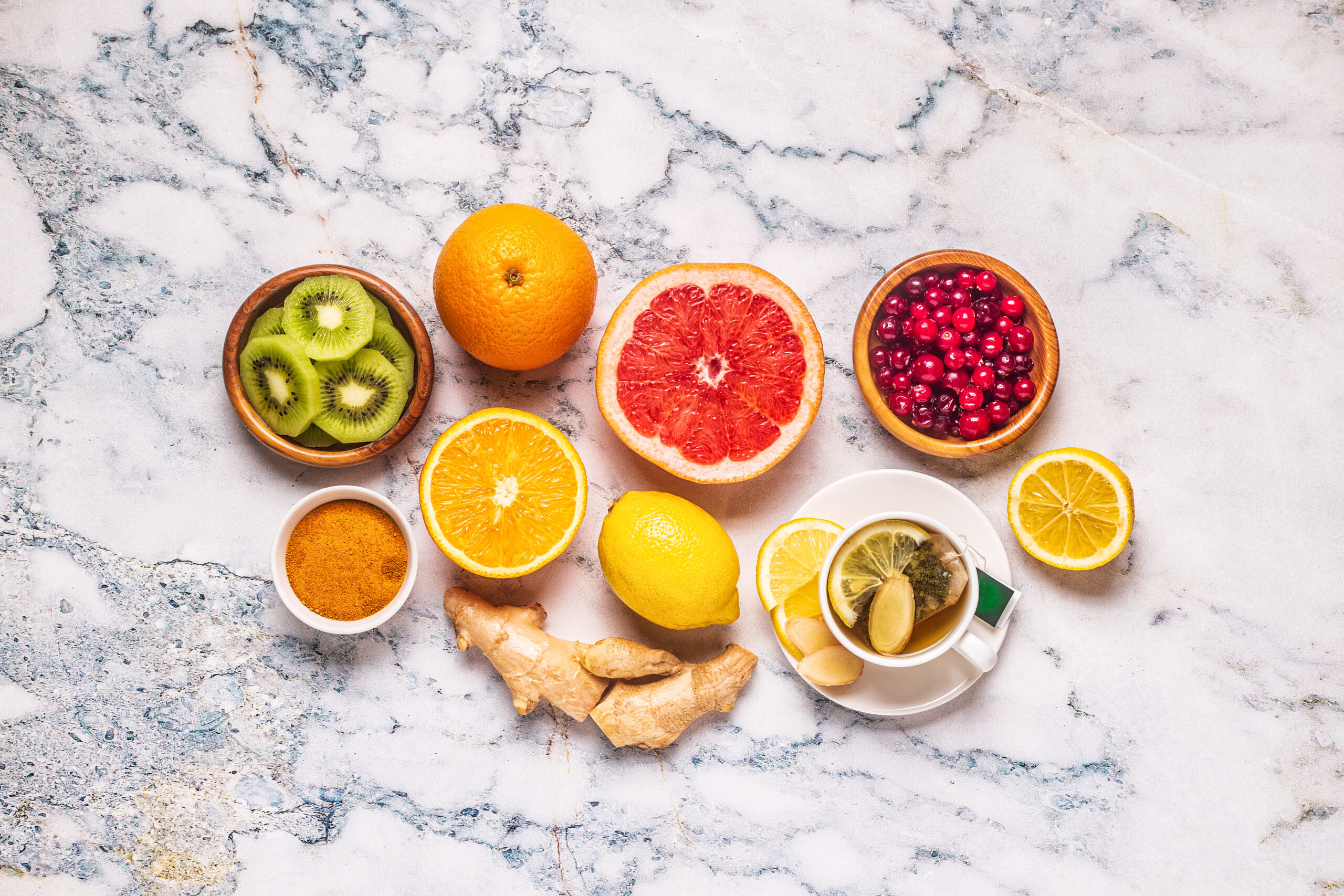 LAST LEG OF THE ACADEMIC JOURNEY: BOARD CERTIFICATION IN LIFESTYE MEDICINE

You’ve seen from reading my story that I love to learn anything and everything that can help my patients and clients be healthier and happier. Lifestyle Medicine is the new medical specialty that focuses on diet and lifestyle as a way to prevent, treat, and reverse chronic conditions before writing prescriptions for medications. I now feel that I have the best combination of education and training to share with my clients and patients. As a surgeon, I know when a lifesaving intervention is required. As a coach, I have the skills to help you help yourself. As a Lifestyle Medicine Physician, I am excited to show you how many different lifestyle factors, beyond just your diet, can contribute to your long-term health.

I now have a private practice with phone sessions that has been incredibly life changing for my clients. I don’t think people realize how good you can feel when you change your diet to more whole plant foods. Not only does weight, blood pressure, glucose and cholesterol normalize and become ideal, but you have more energy, less aches and pains, less depression, and less inertia. We can probably thank our many and varied gut microbes for most of this;  Luckily, we can just repay them in food!

I invite you to come learn with me. Learn which foods give you energy and which take energy away. Learn how to love yourself more by giving yourself the healthiest food which will lead to the healthiest and longest life. Learn how to forgive yourself, as I did, for making mistakes along the way, as we all do. And allow yourself the opportunity to get off the medications you are on to treat diseases that need never burden you. This is the only diet proven to reverse our #1 killer, heart disease. It is the same diet that reverses type 2 diabetes. The same diet that reduces your risk of cancer, arthritis, Alzheimer’s, cataracts and so many other debilitating diseases.

We were designed to enjoy eating all the beautiful, colorful foods that surround us. It is my joy and my passion to inspire you and guide you to your optimal health and wellbeing. 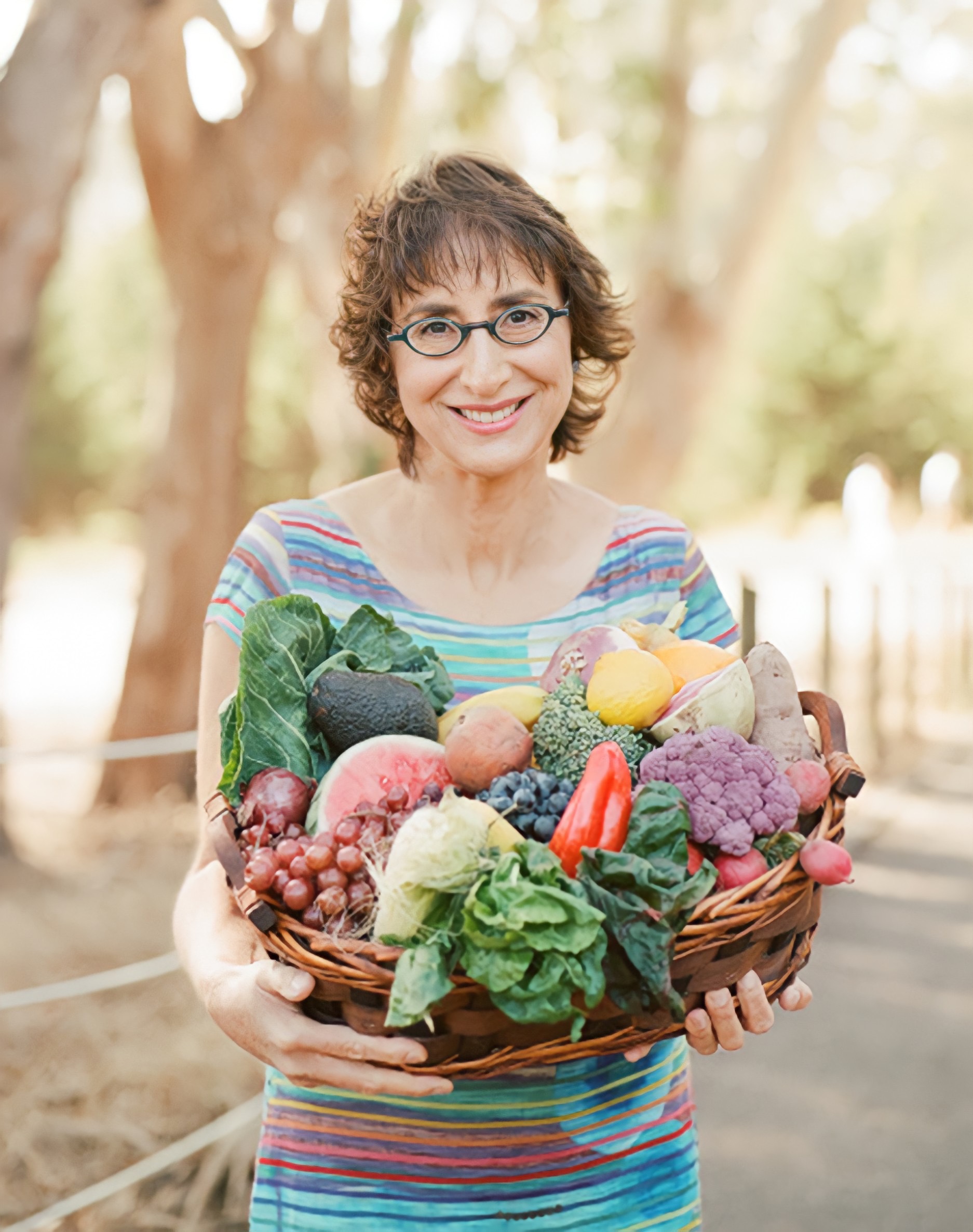 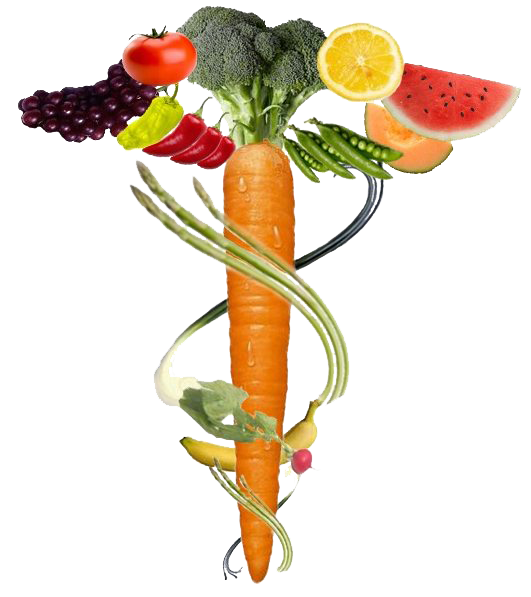 Get my FREE eBook, Why Eat Plants?

Don't Wait Any Longer. Start Forging Your Own Path Today! 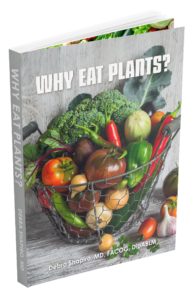 Please sign up to my mailing list to receive periodic updates from A New View of Food and receive my gift to you my ebook, "Why Eat Plants?" In the first chapter, I give three perfectly good reasons to eat mainly plants as opposed to animal products. Chapter two is a practical step by step guide to making the transition from an animal based diet to a plant based diet, including educational and culinary resources. In Chapter three, I expose some of the misleading nutritional research that has fueled and delighted the popular press and confused consumers in recent years. This ebook is a great introduction to A New View of Food.